The years that have passed have been filled with harsh lessons to learn.

We experienced together a Pandemic and have survived.

RCE has been on ground zero since the onset in January of 2020. Since then we have developed Antibody and Antigen tests for Covid by assisting companies with Clinical Trials, Stability Studies, Interference and PCR comparator methods.

Today we announce the onset of a new phase in our COVID 19 involvement.

Due to the ever changing nature of this virus, and the rapid mutations, we have decided to study the Genetic Sequencing of COVID 19. The purpose is to identify which mutations are susceptible to treatment and diagnosis. In the process we will note the clinical manifestations of each variant.

This headache is not going away, its only changing its presentation and infectious nature, just as we are developing an immune response.

To achieve our goals we will team up with Personalized Genetic Testing and Genesis Lab.

Keep your eye on us, 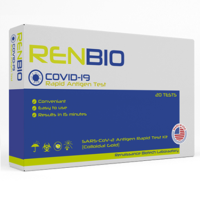 Why, When and How to Test At-Home for COVID-19

As we close in on two years of living with COVID-19, quick and accurate tests for COVID-19 remain an urgent priority. In fact, as schools reopen, businesses resume operations and people return to work, rapid testing could be the key to preventing Delta or any new variants of SARS-CoV-2 from flaring into even larger outbreaks.

But that’s only if testing is used in the right way, at the right time and in the right places. With more opportunities for people to interact in public settings where the virus can spread, it’s never been more important to know who is infected and potentially seeding new COVID-19 infections, and who is not. But that doesn’t mean that blanket testing, especially using the rapid at-home tests now available at pharmacies and other retailers, will be the answer. Knowing when to use these tests, and how to interpret the results, are essential, say experts. And that means understanding what the tests can do, and what they can’t.

What’s the difference between at-home tests and the tests that a hospital, doctor’s office or lab perform?
The at-home kits that have been authorized by the U.S. Food and Drug Administration (FDA) are antigen tests, which means they can pick up things that the virus makes or shed, like proteins, but not the virus’s actual genetic material. So a positive antigen test picks up signs that the SARS-CoV-2 virus was or is present, similar to hairs that people or pets shed as a trail of where they’ve been. 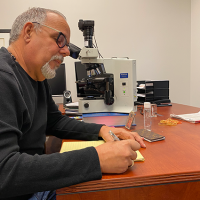 The omicron variant: Why it is of concern but at the same time could be good news

The omicron variant of the coronavirus is worrying for a reason: if it is confirmed that it is more transmissible, as all the preliminary data indicate, it will start to replace delta, which is the only strain that has been able to become dominant in nearly every country in the world. Omicron will lead to more contagions and this, depending on the aggressiveness of the new variant, could trigger more hospitalizations and deaths. But there is another aspect of the variant that is not known: whether or not it causes more severe cases of Covid-19. If it causes much milder disease, as some doctors in South Africa are suggesting, the appearance of the omicron may turn out to be good news.

One of the likely outcomes for the coronavirus is that by living among us, as we contract the virus, get vaccinated and take pills to protect ourselves, it will turn into a seasonal pathogen like the common cold or the flu. The very mutations of the virus could accelerate the process toward this scenario. And the omicron variant is nothing more than a large number of mutations together. This offers a glimmer of hope, but one that should not fool us or allow us to become overly confident: all experts who spoke to us in recent days said they would be calmer if the omicron hadn’t appeared.

Right now, there are a lot of unknowns about the extent to which omicron will impact public health. Preliminary data suggests that the variant is more contagious, but science still does not know by how much. It is believed that it causes more minor symptoms, but there is not a large enough or varied enough sample (with different ages and immunity) to know whether this is really the case. It is becoming increasingly clear that omicron is able to evade Covid-19 vaccines and natural immunity when it comes to infection, but it is very likely that these forms of protection will still be able to prevent a person from developing serious illness.

These variables, together with what appears to be a greater ability for reinfection, make up the equation that will determine the future of omicron. One of the scenarios put forward by the World Health Organization (WHO) is that the variant is more contagious and that it causes as severe or slightly less severe illness as the strains detected so far – nothing as yet indicates that it is worse. Even so, that would still be bad news. According to the WHO’s weekly epidemiological report, the omicron variant has been detected in 57 countries and it is beginning to increase its presence in southern Africa.

But why would it cause more deaths if it causes less severe illness? It all comes down to numbers: if omicron is able to infect more people, even if the individual likelihood of developing illness is lower, the gross number of deaths for the entire population would be higher. For the arrival of omicron to be good news, its ability to cause severe illness would need to be much lower than that of previous strains. Only a few serious cases due to omicron have been detected, but it is also true that up to now it has mostly affected young people, who tend to have minor symptoms.

The immune response to the new variant can be triggered by what is acquired naturally, after recovering from the disease, or from the Covid-19 vaccines. On Wednesday, one of the vaccine manufacturers, Pfizer-BioNTech, released data showing that the antibody response to omicron is very low after two shots, meaning the variant has a greater infectious capacity. The study, however, also found that three doses of the Pfizer-BioNTech vaccine provide a person with a similar level of protection that the medication offers against the earlier variants.

Little is known about how the coronaviruses that coexist with human beings and cause common colds came to be what they are today. Some experts believe that at one time they could have caused more serious illness and spread around the world, and after infecting and reinfecting hosts, mutating, and once humans had become used to them, they turned into those annoying but innocuous pathogens that cause sniffles, coughs, sore throats and slight temperatures, in the worst of cases.

The most recent of the four coronaviruses that live together until now with humans is HCoV-OC43, as climatologist Arturo Sánchez Lorenzo points out. Some authors believe that this could be the pathogen that caused the pandemic that originated with the so-called Russian flu, with high peaks of mortality between 1889 and 1890. Today it is an inoffensive virus that causes colds.

In the future, SARS-CoV-2 could become something similar. And omicron may be a step in that direction. Time will tell.